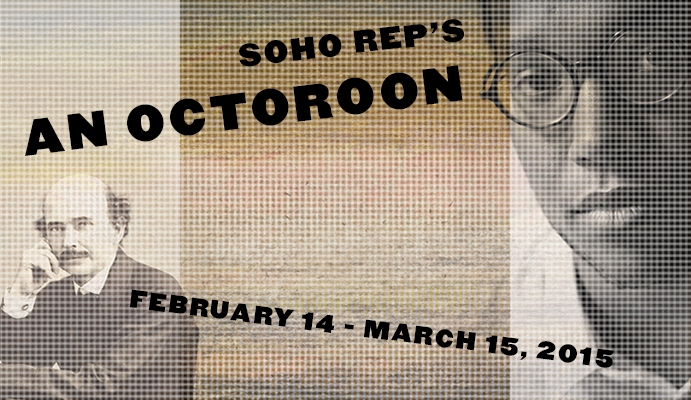 What you gonna do once you free? You just gonna walk up in somebody house and be like, “Hey. I’m a slave. Help me?”

An Octoroon by Branden Jacobs-Jenkins — whose plays include Neighbors and Appropriate — had its world premiere at Soho Rep last season. Mr. Jacobs-Jenkins takes on the Irish author, Dion Boucicault’s The Octoroon.  He “uses the plot of the Irish playwright’s 1859 antebellum melodrama….as the starting point  for a bigger, wilder play” (The New Yorker).

Click here to read the 360° Viewfinder production guide, with facts and perspectives on Soho Rep.’s An Octoroon.

Soho Rep.’s An Octoroon is recommended for ages 13 and up.

This production is made possible, in part, with major support from Rosalind P. Walter.
Additional support: Board of Directors, Theatre for a New Audience and The Polonsky Foundation.