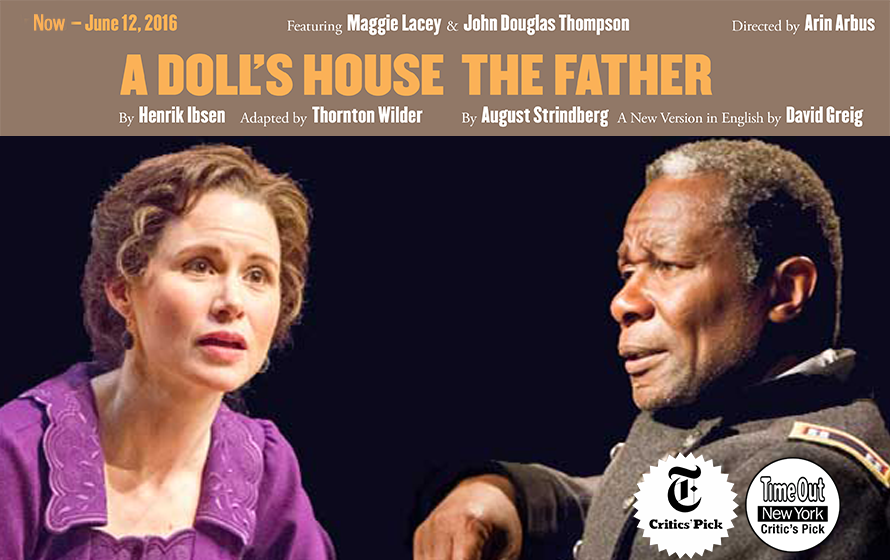 “Primal…Suspenseful…Achingly clear… To see [Ibsen’s A DOLL’S HOUSE and Strindberg’s THE FATHER] in tandem is to experience two of modern theater’s most influential minds locked in fierce dialogue … Ms. Arbus makes sure that we can hear — but really hear — what everyone in each play is saying… what I love about Ms. Arbus is she leads you into insights without pushing…she lets us see how two literary geniuses dealt with one subject, to notice the similarities as well as the differences.” – The New York Times, Critics Picks

Ibsen’s A Doll’s House adapted by Thornton Wilder, which premiered on Broadway in 1937, plays alongside August Strindberg’s The Father, in a new version in English by Scottish author David Greig (Strindberg’s Creditors at BAM) commissioned by TFANA. Writing The Father in response to A Doll’s House, Strindberg offers his own startling vision of marriage and the battle of the sexes.

CLICK HERE to read the 360° Viewfinder production guide, with facts and perspectives on A DOLL’S HOUSE and THE FATHER.

A DOLL’S HOUSE and THE FATHER Production Photos 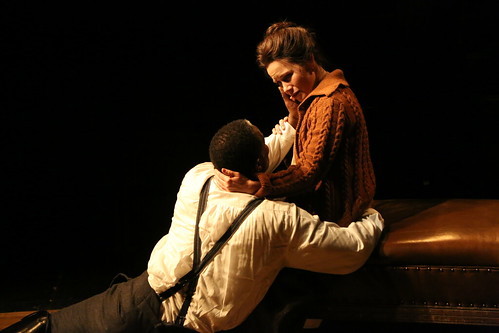