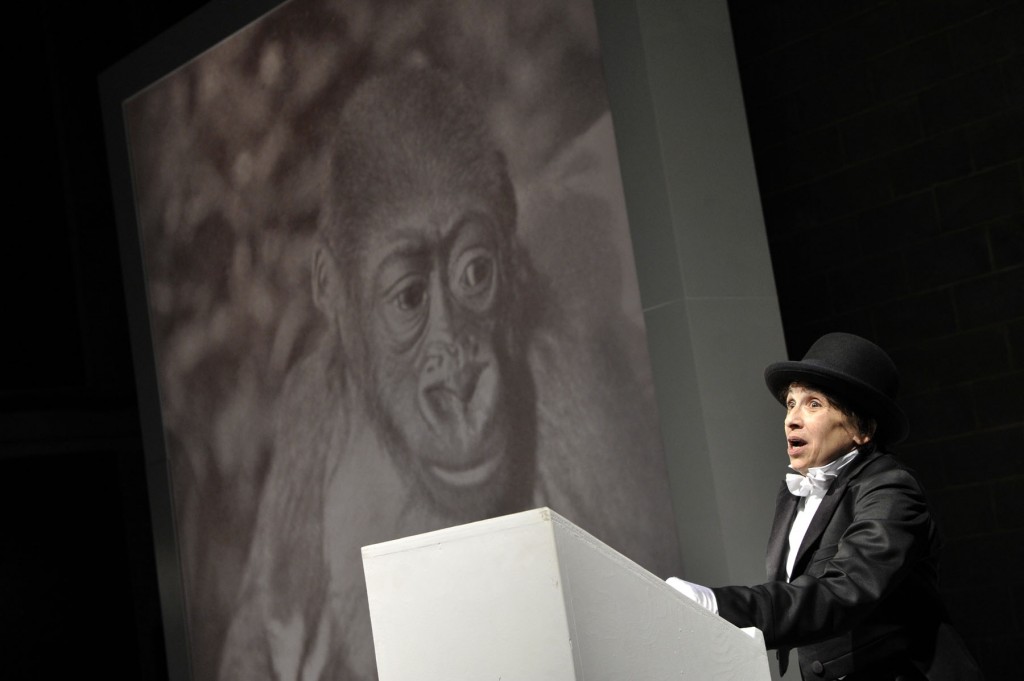 Red Peter introduces himself to “the academy,” having been invited by them to recount his “former life / As an ape.” He informs them that he cannot,

regrettably, relay what they wish because he left the ape-life behind him some five years ago, in favor of pursuing the human-life. He says that he trained to become a human, to act the human, evolving thousands of years in the span of five. He tells them that his race from ape to human has cost him the memory of his former life, that he now remembers nothing more about being an ape then they, the academy, remember from their lives as apes, being thousands of millions of years removed from their primatal fathers.

Instead, Red Peter tells them of his transformation from ape to actor, providing an account of his brutal capture, imprisonment and slow recognition of the skills he must acquire in order to, if not escape to freedom, at least be free of the too-small cage that “Cut into / my flesh / behind.” Desperate for a “way out” he “observes” the crude sailors tasked with ferrying him from his home to wherever it was that awaited him; he apes their movements to entertain them, screams ape-like to excite them, learns a kind of language from them. After he arrives in Hamburg, he says, he realizes that he has two choices: the zoo or the stage. Red Peter chooses the stage. For him, this is his future, “since freedom / was never a possibility.”

From there, he learns and succeeds beyond all expectations. He is at the top of a class of one: not quite human, not quite ape, but thoroughly civilized.