“Critics’ Pick! WALLACE SHAWN IS SUPREME! Grasses of a Thousand Colors is a lyrical, creepy, and richly detailed dreamscape.” – The New York Times 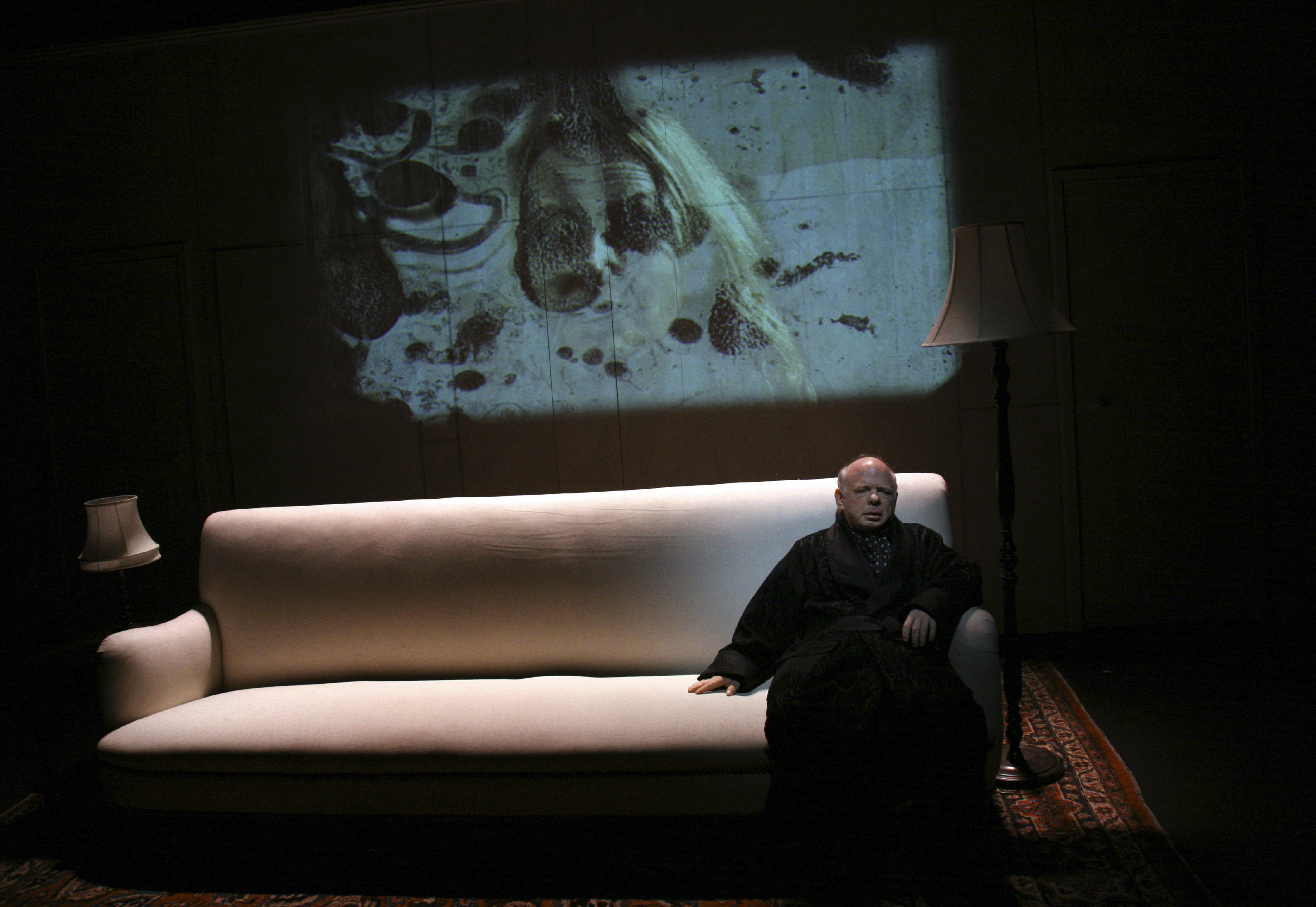 Shawn’s most outlandish work to date, this disturbing and anomalously beautiful play touches on almost every imaginable form of sexual expression while spinning a dystopian fantasy about ecological disaster. Grasses won hugely enthusiastic critical praise at its world premiere at the Royal Court Theatre in 2009. From the Royal Court production, Wallace Shawn, Jennifer Tilly and Emily McDonnell reunite for this American Premiere.

Ben, the play’s central character, is a doctor who believes he has solved world hunger when he figures out how to rejigger the metabolisms of animals to tolerate eating their own kind. He ends up ruining the global ecosystem. Yet Grasses is no mere social drama. Instead of exclusively dwelling on social disaster, it also explores the riotous sexual imaginations of Ben, his wife and his lovers. Shawn has said about this taboo-bursting drama that he “decided to take a bet on my subconscious. Isn’t all writing to some extent about trying to get through the layers of propaganda and false interpretations and received ideas and clichés that prevent us from seeing what’s going on? I think that’s the enterprise.”

Grasses of a Thousand Colors contains explicit descriptions of sexuality which some may find not appropriate for those under 16 years of age.

Grasses of A Thousand Colors was first presented by the English Stage Company at the Royal Court Theatre on May 18, 2009.

This engagement is co-produced with the Public Theater.

$20 RUSH TICKETS — ON THE DAY OF EACH PERFORMANCE
Subject to availability, $20 rush tickets for Grasses of a Thousand Colors are available at the Taub Box Office at The Public Theater beginning at noon for that day’s matinee performance and 6pm for that day’s evening performance. Limit two tickets per person. Cash only.