Written and directed by Peter Brook and Marie-Hélène Estienne 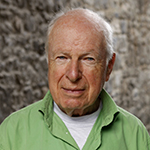 Peter Brook was born in London in 1925. Throughout his career, he distinguished himself in various genres: theatre, opera, cinema and writing. He directed his first play there in 1943. He then went on to direct over 70 productions in London, Paris and New York. His work with the Royal Shakespeare Company includes Love’s Labour’s Lost (1946), Measure for Measure (1950), Titus Andronicus (1955), King Lear (1962), Marat/Sade (1964), US (1966), A Midsummer Night’s Dream (1970) and Antony and Cleopatra (1978). In 1971, he founded with Micheline Rozan the International Centre for Theatre Research in Paris and in 1974, opened its permanent base in the Bouffes du Nord Theatre. There, he directed Timon of Athens, The Iks, Ubu aux Bouffes, Conference of the Birds, L’Os, The Cherry Orchard, The Mahabharata, Woza Albert!, The Tempest, The Man Who, Qui est là, Happy Days, Je suis un Phénomène, Le Costume, The Tragedy of Hamlet, Far Away, La Mort de Krishna, Ta Main dans la Mienne, The Grand Inquisitor, Tierno Bokar, Sizwe Banzi, Fragments, Warum Warum, Love is my Sin, 11 and 12, Une Flûte Enchantée (opera) and lately The Suit (2012)—many of these performing both in French and English. In opera, he directed La Bohème, Boris Godounov, The Olympians, Salomé and Le Nozze de Figaro at Covent Garden; Faust and Eugene Onegin at the Metropolitan Opera House, New York; La Tragédie de Carmen and Impressions of Pelléas, at the Bouffes du Nord, Paris; and Don Giovanni for the Aixen- Provence Festival. Peter Brook’s autobiography, Threads of Time, was published in 1998 and joins other titles including The Empty Space (1968, translated into over 15 languages), The Shifting Point (1987), There Are No Secrets (1993), Evoking (and Forgetting) Shakespeare (1999) and With Grotowski (2009). His films include Moderato Cantabile (1959), Lord of the Flies (1963), Marat/Sade (1967), King Lear (1969), Meetings with Remarkable Men (1976), The Mahabharata (1989) and “The Tragedy of Hamlet” (2002, TV).

Marie-Hélène Estienne. In 1974, she worked with Peter Brook on the casting for Timon of Athens, and consequently joined the Centre International de Créations Théâtrales (CICT) for the creation of Ubu aux Bouffes in 1977. She was Peter Brook’s assistant on La tragédie de Carmen, Le Mahabharata, and collaborated on the staging of The Tempest, Impressions de Pelléas, Woza Albert!, La tragédie d’Hamlet (2000). She worked on the dramaturgy of Qui est là. With Peter Brook, she co-authored L’homme qui and Je suis un phénomène shown at the Théâtre des Bouffes du Nord. She wrote the French adaptation of Can Themba’s play Le costume and Sizwe Bansi est mort by authors Athol Fugard, John Kani and Winston Ntshona. In 2003, she wrote the French and English adaptations of Le Grand Inquisiteur, based on Dostoevsky’s Brothers Karamazov. She was the author of Tierno Bokar in 2005, and of the English adaptation of 11 and 12 by Amadou Hampaté Ba in 2009. With Peter Brook, she co-directed Fragments, five short pieces by Beckett, and again with Peter Brook and composer Franck Krawczyk, she freely adapted Mozart and Schikaneder’s Die Zauberflöte into Une Flûte enchantée as well as recently The Suit. 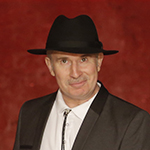 Marcello Magni is a Co-Founding Member of Theatre de Complicité where he has and performed and devised in 15 shows. He studied in Paris at the Jacques Lecoq School in 1980 before moving to London. He has appeared at The Globe in The Comedy of Errors, performing the two Dromios, and Pericles. He appeared in The Birds directed by Kathryn Hunter (National Theatre), The Game of Love and Chance, Scapino, and The Rose Tattoo (Theatre Clwyd), King Lear directed by Helena Kaut Housen (Young Vic) and Mother Courage (Shared Experience). In 2003 Marcello produced and performed in Arlecchino, a solo show with Commedia dell’Arte masks. Very recently Marcello has produced, performed and directed Tell Them that I Am Young and Beautiful written in collaboration with Gilles Aufray at the Arcola Theatre, featuring Kathryn Hunter and Patrice Niambana. In 2013 he taught in Poland, Canada, Italy and the UK and performed in The Bee directed by Hideki Noda (Israel, Seoul and Sibiu in Romania). In the summer of 2013 he rehearsed in Canada and performed in Germany the last show of Robert Lepage, Cards 2 – Hearts. He also worked with a group of young performers at the Polaresco Centre in Bergamo (Italy) by putting on stage a Japanese story The Sumo Wrestler by Yasutaka Tsutsui. He also filmed with Mike Leigh on Mr Turner. Earlier this year, Marcello directed Tinkerbell in Shoji Land, a show written by Hideki Noda at the Tokyo Metropolitan Theatre. He collaborated with Peter Brook and Marie-Hélène on Fragments and A Magic Flute and in the documentary film by Simon Brook, The Tightrope. In 2015 he will perform again at the Bouffes du Nord in Fragments and in Marcel, a new show created and performed in collaboration with Jos Houben. 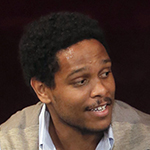 Jared McNeill trained at Fordham University at Lincoln Center in New York City where, in 2008, he graduated with a degree in Theatre and Visual Arts. His first professional role taken that same year, was in Chisa Hutchinson’s She Like Girls at the Lark Theatre. Jared McNeill played various roles in Peter Brook’s 11 and 12 and recently had the role of Maphikela in The Suit. Since then, he has performed in August Wilson’s Fences at Geva Theatre Center and in various chapters of Tarell McCraney’s Brother/Sister Plays at Pittsburgh’s City Theatre, as well as San Francisco’s Marin Theater Company and American Conservatory Theater. Most recently, Jared completed work as an understudy in Roundabout Theatre Company’s production of Stephen Karam’s Sons of the Prophet, as well as adopting the role of Desmond in Young Jean Lee’s The Shipment and playing in a recent New York production of Bertolt Brecht’s Life of Galileo, during which he performed musical numbers on the trombone and harpsichord. Lately he went on tour with The Suit (2012) directed by Peter Brook.