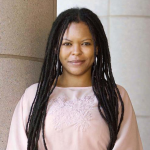 Simone Browne is an Associate Professor in the Department of African and African Diaspora Studies at the University of Texas at Austin. She teaches and researches surveillance studies and black diaspora studies. Simone ‘s first book, Dark Matters: On the Surveillance of Blackness, examines surveillance with a focus on transatlantic slavery, biometrics, airports, borders and creative output. 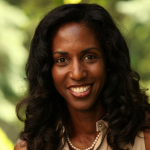 Mia Mask is a Professor of Film on the Mary Riepma Ross endowed chair at Vassar College. She received her Ph.D. from New York University. At Vassar she teaches African American cinema, documentary history, seminars on the horror genre and auteurs like Spike Lee, Charles Burnett, and Ava DuVernay. She also teaches feminist film theory, African national cinemas, and genre courses. She is the author of Divas on Screen: Black Women in American Film, published by University of Illinois Press. She has written film reviews and covered festivals for IndieWire.com, The Village Voice, Film Quarterly, Time Out New York, The Poughkeepsie Journal, The Philadelphia Inquirer and National Public Radio. She has been a visiting professor at Yale University and at University of Pennsylvania. Her scholarly essays are published in the African American National Biography;  Movie Stars of the 1990s; Film and Literature; and American Cinema of the 1970s. She edited Contemporary Black American Cinema (2012). She also published the jointly edited anthology Poitier Revisited: Reconsidering a Black Icon in the Obama Age (2014).

Nicholas Mirzoeff is a visual activist and writer. He teaches media and visual culture studies at NYU. His book How To See The World (2016) has been translated into ten languages. His writing has appeared in The Nation, The New York Times, The Guardian and The New Republic.

Ife Olujobi is a playwright, writer, and Managing Editor of The Supplements. She is a member of the 2018-19 Emerging Writers Group at the Public Theater.  Her one-act play, Only, was produced as part of NYU Drama’s Inaugural PlayGround Festival of New Works in 2016. Her work has been performed at the Charity Randall Theater (Pittsburgh, PA), Bishop Arts Theater Center (Dallas, TX), City Pier A (New York, NY), and the Abe Burrows Theater at NYU. She is the founder and editor of Townies, a zine exploring the experiences of POC and queer people who have a relationship to suburban and rural areas of the US and abroad. Originally from a suburb of Baltimore, Ife currently lives in Brooklyn. She received her B.F.A in Dramatic Writing from NYU’s Tisch School of the Arts in 2016. 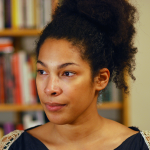 Jackie Sibblies Drury is a Brooklyn-based playwright. Her plays include Fairview (Pulitzer Prize, Susan Smith Blackburn Prize); Marys Seacole (OBIE Award);We Are Proud to Present a Presentation About the Herero of Namibia, Formerly Known as South West Africa, From the German Sudwestafrika, Between the Years 1884-1915; Really; and Social Creatures. Sibblies Drury’s plays have been presented by New York City Players and Abrons Arts Center, Soho Rep., Victory Gardens, Trinity Rep, Matrix Theatre, Woolly Mammoth, Undermain Theatre, InterAct Theatre, Actors Theatre of Louisville, Available Light, Company One and The Bush Theatre in London, among others. Her work has been developed at Sundance, The Ground Floor at Berkeley Rep, Manhattan Theatre Club, Ars Nova, A.C.T., the Soho Rep. Writer/Director Lab, New York Theatre Workshop, PRELUDE.11&14, The Civilians, The Bushwick Starr, The LARK, Magic Theatre, Bay Area Playwrights Festival and The MacDowell Colony. Sibblies Drury was a dramaturg for Futurity by César Alvarez and The Lisps; Zero Cost House by Pig Iron Theatre Company and Toshiki Okada; and The Garden by Nichole Canuso Dance Company. She received a 2015 Windham-Campbell Literary Prize in Drama, a 2012-2013 Van Lier Fellowship at New Dramatists, and was the inaugural recipient of the 2012-2014 Jerome Fellowship at The LARK. She is a NYTW Usual Suspect and a 2015 United States Artists Gracie Fellow.