ALL ARTS is an unprecedented new broadcast channel, streaming platform and website dedicated to arts and culture 24/7. Programming is available on the website, streaming apps on iOS and Android smartphones and tablets, Roku, Apple TV and Amazon Fire TV and on television channels in the greater New York area.

Brooklyn Academy of Music (BAM) is recognized internationally for its innovative programming of dance, music, theater, opera, and film. Its mission is to be the home for adventurous artists, audiences, and ideas. BAM presents leading national and international artists and companies in its annual Winter/Spring Season and highlights groundbreaking, contemporary work in the performing arts with its Next Wave Festival each fall. Founded in 1983, the Next Wave is one of the world’s most important festivals of contemporary performing arts. BAM Film’s four-screen venue hosts festivals of films from around the world—often with special appearances by directors, actors, and other guests—and has programmed major filmmaker retrospectives. Since 2009 the program has also produced BAMcinemaFest, New York’s home for vital new work in American independent film. 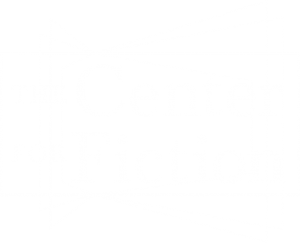 The Center for Fiction, now located in downtown Brooklyn’s cultural arts district, is a vibrant home for readers and writers of all ages to convene, create, and connect over a shared love of literature. In February 2019, the 200-year-old literary nonprofit opened its stunning, 18K sq-foot space on 15 Lafayette Avenue in Fort Greene to offer New Yorkers an immersive experience centered around literature. The space includes an exceptional library, thoughtfully curated bookstore, cafe, terrace bar, a writer’s studio, and members lounge for reading and conversation with fellow members and their guests.

The Center has a vast array of valuable resources and events for the public. The First Novel Prize and Emerging Writers Fellowship present meaningful opportunities for early-career authors. The organization also offers year-round reading groups and writing workshops, as well as free communal experiences such as BYO-Book, a silent reading hour, and 45:15, an afternoon of focused writing. Its KidsRead programming also gives NYC students the unique experience of meeting authors they’ve read and loved in school. Under the leadership of executive director Noreen Tomassi, the organization’s mission to celebrate and support the art of fiction has expanded to include storytelling in all its forms, integrating music, theater, dance, film/TV, and visual arts in its public programming. With 2020 marking the beginning of its third century in existence, the nonprofit is excited to work with surrounding organizations to establish a welcoming, community-driven literary hub.

Columbia University: In 2005, Columbia Arts Initiative, a pioneering venture to make arts and culture a meaningful part of every Columbian’s experience, established a yearlong residency for director Peter Brook and his theater company, International Center of Theatre Creation. During his residency, Columbia produced 44 events, lectures and workshops that were attended by thousands of students, faculty, staff, and community residents.  Brook’s residency culminated in the U.S. premiere of Tierno Bokar, a theatrical exploration of the life of the 20th century Muslim spiritual leader and his message of love and tolerance. In recognition of that production and former Columbia University School of the Arts Theater Professor Andrei Serban’s long relationship with Peter Brook and Marie-Hélène Estienne, TFANA will make tickets to Why? available to Columbia theater students, and Columbia President Lee C. Bollinger will host a dinner in Brook’s honor.

Columbia University School of the Arts is an innovative graduate professional school with a tradition of risk-taking, grounded by its intellectual environment and energized by its location in New York City, one of the great cultural capitals of the world.

“Adventurous programming that makes you think as much about your place in the world as about art itself” (The New York Times), Crossing the Line is an annual international arts festival for New York City produced by the French Institute Alliance Française (FIAF) in partnership with leading cultural institutions. France has a long history of supporting national and international cultural practices, welcoming and nurturing new ideas and influential perspectives from around the world. FIAF, as the leading French cultural institution in the US, critically maintains that practice through the Crossing the Line Festival, presenting trailblazing artists from France and the US alongside their peers from around the world. Since its inauguration in 2007, Crossing the Line has cultivated an increasingly large and diverse following, and received numerous accolades in the press including The New York Times, Wall Street Journal, The New Yorker, Time Out New York, Artforum, and Frieze. Festival performances have earned multiple Obie and Bessie awards.

Hunter College, located in the heart of Manhattan, is the largest college in the City University of New York (CUNY) system. Founded in 1870, it is also one of the oldest public colleges in the country and famous for the diversity of its student body, which is as diverse as New York City itself. Most Hunter students are the first in their families to attend college and many go on to top professional and graduate programs, winning Fulbright scholarships, Mellon fellowships, National Institutes of Health grants, and other competitive honors. More than 23,000 students currently attend Hunter, pursuing undergraduate and graduate degrees in more than 170 areas of study.  The 1,700 full- and part-time members of Hunter’s faculty are unparalleled. They receive prestigious national grants, contribute to the world’s leading academic journals, and play major roles in cutting-edge research. They are fighting cancer, formulating public policy, expanding our culture, enhancing technology, and more.

Founded in 1905, The Juilliard School is a world leader in performing arts education. Juilliard’s mission is to provide the highest caliber of artistic education for gifted musicians, dancers, and actors from around the world so that they may achieve their fullest potential as artists, leaders, and global citizens. Located at Lincoln Center in New York City, Juilliard offers undergraduate and graduate degrees in dance, drama (acting and playwriting), and music (classical, jazz, historical performance, and vocal arts). Currently more than 800 artists from 42 states and 45 countries are enrolled at Juilliard, where they appear in over 700 annual performances in the school’s five theaters; at Lincoln Center’s Alice Tully and David Geffen Halls and at Carnegie Hall; as well as other venues around New York City, the country, and the world. Beyond its New York campus, Juilliard is defining new directions in global performing arts education for a range of learners and enthusiasts through The Tianjin Juilliard School and K-12 educational curricula.

Founded in 1979 by Jeffrey Horowitz, Theatre for a New Audience (TFANA) is a modern classic theatre. It produces Shakespeare alongside other authors such as Harley Granville Barker, Samuel Beckett, Edward Bond, Branden Jacobs-Jenkins, Adrienne Kennedy, Richard Maxwell, Richard Nelson, Wallace Shawn and TFANA has played Off- and on Broadway and toured nationally and internationally.

In 2001, Theatre for a New Audience became the first American theatre invited to bring a production of Shakespeare to the Royal Shakespeare Company (RSC), Stratford-upon-Avon. Cymbeline, directed by Bartlett Sher, premiered at the RSC; in 2007, TFANA was invited to return to the RSC with The Merchant of Venice, directed by Darko Tresnjak and featuring F. Murray Abraham. In 2011, Mr. Abraham reprised his role as Shylock for a national tour.

After 34 years of being itinerant and playing mostly in Manhattan, Theatre for a New Audience moved to Brooklyn and opened its first permanent home, Polonsky Shakespeare Center, in October 2013. Built by The City of New York in partnership with Theatre for a New Audience, and located in the Brooklyn Cultural District, Polonsky Shakespeare Center was designed by Hugh Hardy and H3 Hardy Collaboration Architecture with theatre consultants Akustiks, Milton Glaser, Jean-Guy Lecat, and Theatre Projects. Housed inside the building are the Samuel H. Scripps Mainstage (299 seats)—the first stage built for Shakespeare and classical drama in New York City since Lincoln Center’s 1965 Vivian Beaumont—and the Theodore C. Rogers Studio (50 seats).

TFANA’s productions have been honored with Tony, Obie, Drama Desk, Drama League, Callaway, Lortel and Audelco awards and nominations and reach an audience diverse in age, economics and cultural background.

Theatre for a New Audience created and runs the largest in-depth program in the New York City Public Schools to introduce students to Shakespeare and has served over 130,000 students since the program began in 1984. TFANA’s New Deal ticket program is one of the lowest reserved ticket prices for youth in the city: $20 for any show, any time for those 30 years old and under or for full-time students of any age.

Leadership support for Peter Brook\NY is provided by The JKW Foundation in honor of Jean Stein and The Lostand Foundation. Additional support is provided by Paul and Caroline Cronson/Evelyn Sharp Foundation, Jeanne Donovan Fisher, and John Lichtenstein.