Join veteran Shakespearean actor and teacher Dakin Matthews for a wide-ranging exploration of how to read, interpret, and demystify the Bard.

Sheltering with Shakespeare, conceived and performed by Dakin Matthews is a free series of thirty brilliant, accessible episodes, each five to ten minutes long, about Shakespeare. Some episodes focus on Matthews’ “common sense” approach to performing Shakespeare; others are about a play, a scene, a sonnet, a character, a phrase, or even a word. Each video will send the viewer off on an unpredictable journey into the heart, mind, and art of Shakespeare. They are for professional and amateur alike. 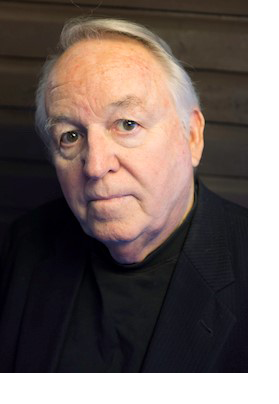 Dakin Matthews is an actor, dramaturge, teacher, and Shakespeare scholar.

He is a member of both the Motion Picture and the Television Academies.  He has appeared in over thirty feature films, TV movies, and miniseries, and made over three hundred appearances in episodic television, performing as a regular or recurring character in ten different series.

He is an Emeritus Professor of English at California State University East Bay. He has also taught at Juilliard, ACT in San Francisco, USD/Globe MFA Program, the Actors Center in NY, the Antaeus Company, and CalArts.  His text, SHAKESPEARE SPOKEN HERE, has been adopted at San Francisco State, Cal State Hayward, U.C. Irvine, University of San Diego, and the American Conservatory Theatre.  He has given workshops in Shakespearean verse-speaking around the world.

Series Four will focus on Shakespeare’s sonnet sequence. The series will be divided into four separate parts. The first will explore what exactly a sonnet is, and what a sonnet sequence is. The second will explore Shakespeare’s famous sequence, examining its history, its structure, and its possible autobiographical nature. The third will explore the task of “interpreting” his sonnets, that is, not just analyzing them, but also reading or speaking them aloud—which was the original meaning of “interpretation.” And the fourth will analyze a number of individual sonnets, unpacking their complex meaning, analyzing their structure and technique, and suggesting how that meaning and complexity can best be conveyed to a listener.