Photo credit: Cast of Sovereignty at the Marin Theatre Company in 2019. Photo by Kevin Berne.

An Exploration of A New American Play
Directed by Laurie Woolery

*Clocks turn back one hour

In present-day Oklahoma, a young Cherokee lawyer struggles to preserve the Violence Against Women Act’s restoration of her Nation’s jurisdiction in a pivotal case before the U.S. Supreme Court. In doing so, she must wrestle with the actions of her ancestors. In an epic story that examines the fateful treaty that sundered the Cherokee Nation’s lands in the 1830s and the painful repercussions descendants still live with today, Sovereignty deftly weaves the body politic with personal identity and truth-bearing.
Featuring Danforth Comins, Gary Farmer, Derek Garza, Christopher Ryan Grant, Shyla Lefner, Enrico Nassi, Daniel Pearce, DeLanna Studi, Max Woertendyke, Sabina Zuñiga Varela
“In her new play Sovereignty, Mary Kathryn Nagle brings together her legal activism and her family history.”
Click here to read more from FIGHTING FOR NATIVE AMERICANS IN COURT AND ONSTAGE in The New York Times.
Sovereignty is free and online. RSVPs are required.

This Exploration of Sovereignty inaugurates Artists & Community, new TFANA series exploring vital connections between the theatre and our world. Artists & Community projects embrace a spirit of inquiry and discovery and will take varying forms, from livestreams to podcasts. All artists and panelists are compensated for their participation. As with all TFANA programming, Artists & Community will include plays or sections of plays by Shakespeare and a range of diverse authors, complemented by post-performance discussions. 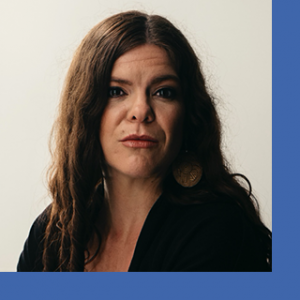 Mary Kathryn Nagle is an enrolled citizen of the Cherokee Nation and playwright. Her play Sliver of a Full Moon has been performed at law schools across the United States, and she has received commissions from Arena Stage, the Rose Theater, Portland Center Stage, Denver Center for the Performing Arts, Yale Repertory Theatre, Round House Theatre, and the Oregon Shakespeare Festival. Sovereignty’s world premiere was at Arena Stage, 2018 and played at Marin Theatre Company, 2019; Manahatta’s world premiere was at Oregon Shakespeare Festival, 2018 and played at Yale Repertory Theatre, 2020. She served as the first Executive Director of the Yale Indigenous Performing Arts Program from 2015 to 2019. 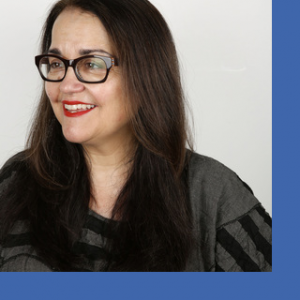 Laurie Woolery is a director/citizen artist who works at theaters across the country including The Public Theater, Oregon Shakespeare Festival, Yale Repertory, Trinity Repertory, Cornerstone Theater Company, and South Coast Repertory. Projects include the world premiere of Mary Kathryn Nagle’s Manahatta at both Yale Repertory and Oregon Shakespeare Festival and the world premiere musical of As You Like It co-created with Shaina Taub for the Public Theater. Laurie develops new work with diverse communities ranging from incarcerated women to residents of a Kansas town devastated by a tornado. She creates site-specific work ranging from a working sawmill in Eureka to the banks of the Los Angeles River. Currently, Laurie is the Director of Public Works at The Public Theater, former Associate Artistic Director of Cornerstone Theater Company and Conservatory Director at South Coast Repertory. Laurie is a founding member of The Sol Project and a 2020 United States Artist recipient.

TFANA acknowledges the Indigenous communities who tended to this land long before it was named Brooklyn. We stand by their descendants who endure repeated, often violent, efforts to remove Tribal Nations from their homes and suppress their languages and culture. Specifically, we would like to honor the Lenape and Carnarsie People, on whose ancestral homeland Polonsky Shakespeare Center is built. We make a commitment to rethink the stories we tell about our history and our sacred connection to each other.

Theatre for a New Audience’s 2020–21 Season is Dedicated to the Memory of Terrence McNally, American playwright, librettist, and screenwriter.
Deloitte and Bloomberg Philanthropies are the 2020-2021 Season Sponsors.
This Exploration of Sovereignty is part of Theatre for a New Audience’s Merle Debuskey Studio Program, which supports process, development and experimentation for theatre artists through residencies, workshops, and ongoing professional development. The Merle Debuskey Studio Program was named by an estate gift from Merle Debuskey, and was launched by a leadership grant from the Andrew W. Mellon Foundation with matching funds from the Booth Ferris Foundation and the estate of Charlene Weinstein.