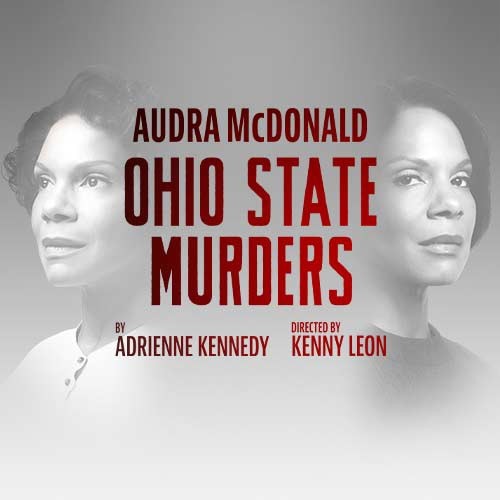 Ohio State Murders is a haunting, provocative mystery and filled with “nail-biting suspense” (The New York Times). The cast of this Broadway production is led by six-time Tony Award winner Audra McDonald—“the undisputed queen of live theater” (Variety). Directed by Tony Award winner Kenny Leon (A Soldier’s Play), McDonald plays a famous writer who returns to her alma mater to finally reveal the truth of what happened when she was a student there.

In 2007, Theatre for a New Audience was honored to produce the Off-Broadway premiere of Ohio State Murders and in 2018, the world premiere of Kennedy’s He Brought Her Heart Back in a Box.

Earlier this year, Adrienne Kennedy was awarded the Academy of Arts and Letters Gold Medal for Drama, one of only five recipients in history. The other awardees are Edward Albee, Tennessee Williams, Eugene O’Neill, and Arthur Miller. Thank you for considering supporting TFANA and being with us to experience Adrienne Kennedy’s art and her mesmerizing Ohio State Murders on Broadway.