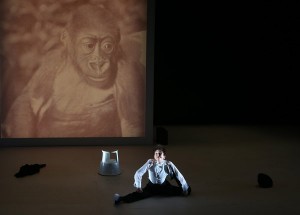 A Captive of Human Nature

“Movie stars like Meryl Streep and Robert De Niro are celebrated for their ability to transform into the characters they play on screen, so that their very voices seem to take on new sounds, and their bodies new shapes. But, to my knowledge, they have not ever attempted adding several inches to their arms to embody a character.