Bill Camp on the Underground Man 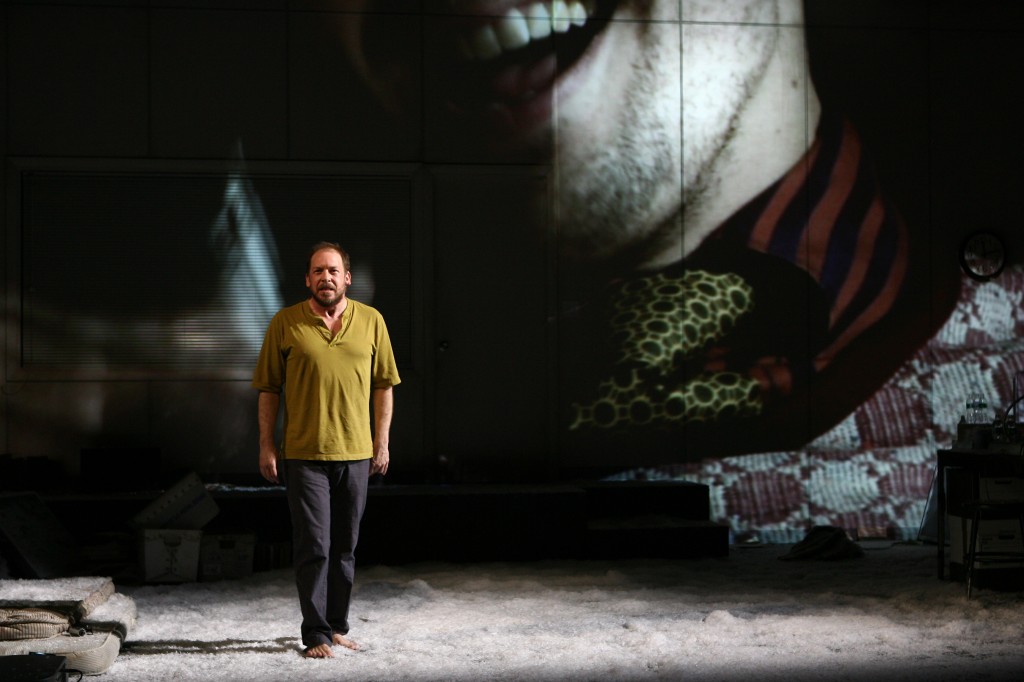 So many things struck me when I first read Dostoevsky’s novella Notes from Underground, not the least of which was the velocity at which his “Man” thinks and thus writes. There is such momentum created by him when he begins to tell the tale of himself and that one particular day on which he decides to secede from civilization. It is a masterpiece of writing, almost pure thought, and the ideas are certainly as relevant today as they were in the 1860s.

With his disgust with hypocrisy, tyranny, and a stillborn humanity in which we are all complicit, coupled with his contradictions of logic, irrational behavior and brutal honesty, Dostoevsky’s “Man” interested me. He made me want to embrace the massive challenge of putting him on a stage.

The project came up when Robert Woodruff and I were having breakfast and discussing what project we could do next. Robert was adamant about doing something from scratch, a piece of text with no pre-existing theatrical baggage attached. I had read Richard Pevear and Larissa Volokhonsky’s translation of Notes from Underground some years earlier. Robert read it and said, “Yeah…we can do this.”

Of course, I would only assay such a mountain with Robert Woodruff, whom I trust without question. I love the challenges he presents and the rigor he demands in the rehearsal room. I have learned more about acting, the theatre space and creativity from him than any other person, hands down.

It isn’t for me to say why this story at this time. Smarter people than me can make that determination. Presented in the form that Robert has made with David Zinn (scenic design), Mark Barton (lighting design), Moria Siné Clinton (costume design), Peter Nigrini (projection design), Michaël Attias (composer and sound design) and Merritt Janson (actor and musician), I think it is accessible, exhilarating, quite beautiful and challenging. Not bad for a night in the theatre.