Cymbeline in the News 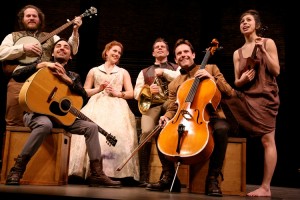 On Monday, October 24, Cymbeline was featured on WNBC Nightly News with Chuck Scarborough. Fiasco Theatre members Jessie Austrian, Noah Brody, and Andy Grotelueschen were interviewed by Chuck about the production and their work as a company.

Then, on Friday, October 28, NPR’s Leonard Lopate show featured co-directors Noah Brody and Ben Steinfeld in his segment on Misconceptions. Click here to listen to an archive of the show.

The acclaimed production of Cymbeline is now playing, through December 31, at The Barrow Street Theatre. Click here for more information or to order tickets.