NY Times: Shakespeare’s Comedy, ‘Much Ado About Nothing’ Staged by Arin Arbus, Cited in ‘The New Theatre Season’ 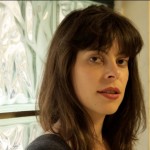 On September 9th, the New York Times published its New Season edition of the Arts and Leisure, featuring notable theatre running from September 2012 to June 2013. Out of 99 shows nationwide, only two Shakespeare productions appear: an import from the Globe, and Theater for a New Audience’s Much Ado About Nothing, directed by Arin Arbus and starring Maggie Siff and Jonathan Cake. Theatre for a New Audience was the only American production selected. Read the article here.