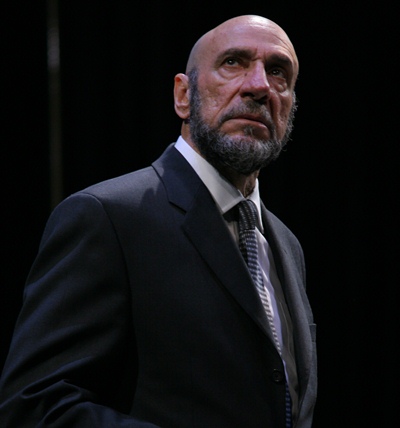 F. Murray Abraham in The Merchant of Venice, which played at the RSC in 2007. Photo by Gerry Goodstein

This summer, New York will see more Shakespeare than usual, as Britain’s Royal Shakespeare Company begins its six-week residency at the Park Avenue Armory in Manhattan. There, the RSC will present five Shakespeare plays: As You Like It, Romeo and Juliet, Julius Caesar, The Winter’s Tale and King Lear.

In a recent article in Britain’s The Guardian, RSC artistic director Michael Boyd rates Theatre for a New Audience, along with The Public Theater, as the “two major producers of Shakespeare in the whole of America, let alone New York.”

In a story in The Wall Street Journal, he noted, “We are currently talking to both the Public and Theatre for a New Audience about Shakespeare collaborations. We have worked closely with our friends at TFNA for many years and have presented two of their excellent productions in Stratford already.”

The Theatre has a longstanding relationship with the RSC. In addition to being the first American theatre to be invited to bring its productions of Shakespeare to the RSC, and the only to be invited twice, the Theatre created the American Directors Project with the RSC’s Director of Voice Cicely Berry, and is currently developing future co-productions. Sign up for our mailing list (below) to learn of our upcoming productions as they are announced.

For the full text of the referenced articles, please click: