The Spotlight’s on: The Broken Heart Director Selina Cartmell 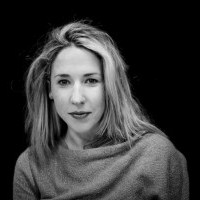 Making her American directorial debut with John Ford’s The Broken Heart, Selina Cartmell is an award-winning British director who has made a splash in Irish theatre, where she makes her home.

In 2007, Selina was chosen as world-renowned director and designer Julie Taymor’s protégé in the Rolex Mentor and Protégé Arts Initiative, an international philanthropic program that pairs rising young artists with master artists for a year of mentoring. As part of the mentoring process, she observed Taymor direct a new opera, Grendel, written by Elliott Goldenthal.

Recently, in between rehearsals for The Broken Heart, Selina took time to answer a few of our questions about her work.

TFANA: How is The Broken Heart relevant to audiences today?

SC: It’s about the politics of love and having a person taken from you and the loss that follows. The play contrasts the gloss of surface society and the poison that infects society from within. The play is about repressed emotions. Ford is fearless in his writing and in the creations of his worlds. He challenges institutions and forces us to look at the outsiders in society. The fact that there are two John Ford productions being done in New York back to back [Cartmell’s The Broken Heart and Cheek By Jowl’s ‘Tis Pity She’s a Whore at BAM in March] speaks to the relevance and importance of doing his work now.

TFANA: How does your work as protégée to Julie Taymor inform your work today?

SC: I admire the fact that Julie straddles Opera, film and theater and this is something I am exploring. After I observed Julie working on Grendel, I developed a new opera in Dublin. Julie told me not to limit myself, because it is possible to merge different art forms freely. We are both interested in mythic stories and ritual on stage.

TFANA: How does the mission of Theatre for a New Audience align with your own ideas about theatre?

SC: I’m very interested in directing both Shakespeare and other classic texts, in both their original forms and in modern adaptations.

TFANA: What is next for you?

SC: This year I’ll be directing King Lear at the Abbey. I’m looking forward to working with the same actor who played Titus in my production of Titus Andronicus.

Selina Cartmell is currently artist-in-residence at the Samuel Beckett Theatre, Trinity College, Dublin, a scholarship granted by the Arts Council of Ireland. With this residency, she has embarked on new projects including a new version of Euripides’ Medea, the world premiere of a translation by Scottish poet Robin Robertson (winner of the Best Director Award and nominated for 5 Irish Times Theatre Awards). As well, she has explored the work of John Ford, conducting workshops and readings of his plays ‘Tis Pity She’s a Whore, and The Broken Heart, which informed her current production at TFANA. She also served as mentor to a young Irish director, Rosemary McKenna.

Selina trained as a director at Central School of Speech & Drama, London and holds a First Class MA in History of Art and Drama from Trinity College, Dublin and Glasgow University.

For more information on this production, and to order tickets, please click here.