Theatre for a New Audience receives Grant from the NEA! 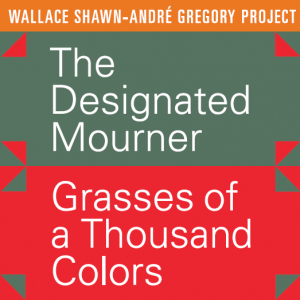 On November 27, 2012, the National Endowment for the Arts (NEA) announced that Theatre for a New Audience was one of the 832 organizations nationwide chosen for an award this year out of more than 1,500 applications.  Applications were reviewed by panels of outside experts convened by NEA staff and each project was judged on its artistic excellence and artistic merit.

The $50,000 Award will support The Wallace Shawn-André Gregory Project, which will include productions of The Designated Mourner and the American premiere of Grasses of a Thousand Colors. The productions will be co-produced with The Public Theater and directed by Shawn’s longtime collaborator André Gregory.

According to Artistic Director Jeffrey Horowitz, “Like Shakespeare, Shawn—from his Dostoevsky-like The Fever, which asks “What do you think a human being is?,” to his translations of Brecht’s Threepenny Opera and Machiavelli’s The Mandrake – is an innovator who passionately explores power and privilege, mortality and sexuality. Like Shakespeare (and Sam Shepard, Noel Coward, Harold Pinter, among others), Shawn is also an actor. Under Gregory’s direction, Shawn creates for a company and rehearses with them. They do not rehearse a new production with a fixed end date to open. They rehearse until the work is ready to be premiered. Their 40-year collaboration is unique and echoes Theatre for a New Audience’s commitment to building long-term associations with artists.”

The Designated Mourner will be performed June 21 – August 25, 2013, at The Public Theater. Grasses of a Thousand Colors will have its American Premiere October 8 – November 10, 2013. For more information, go to https://www.tfana.org/season-2013/shawn-gregory/grasses-thousand-colors/overview.

The National Endowment for the Arts is a public agency dedicated to supporting excellence in the arts, both new and established; bringing the arts to all Americans; and providing leadership in arts education.  Established by Congress in 1965 as an independent agency of the federal government, the Arts Endowment is the largest annual national funder of the arts, bringing great art to all 50 states, including rural areas, inner cities, and military bases.