Theatre for a New Audience Embarks on First National Tour

F. Murray Abraham in The Merchant of Venice. Photo by Gerry Goodstein.

This March, Theatre for a New Audience will embark on its first national tour with our acclaimed 2007 production of William Shakespeare’s The Merchant of Venice, directed by Darko Tresnjak and starring Academy Award-winner F. Murray Abraham as Shylock.

In 2007, this production sold out Off-Broadway and at the Royal Shakespeare Company’s Complete Works Festival in Stratford-upon-Avon. It returns to the stage this year for the four-city engagement beginning in New York City at Pace University’s Michael Schimmel Center for the Arts. Following a limited run in New York, the production will tour to the Bank of America Theatre in Chicago, IL, the Cutler Majestic Theatre in Boston, 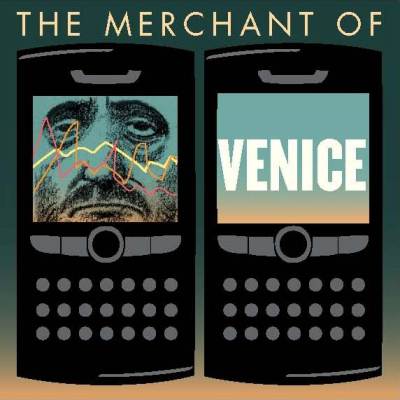 Cast members returning from the 2007 production, along with Mr. Abraham, are Vince Nappo as Lorenzo, Tom Nelis as Antonio, and Christen Simon Marbate as Nerissa. New to the production in principal roles are Kate MacCluggage as Portia (39 Steps Off-Broadway); Lucas Hall as Bassanio (the Theatre’s All’s Well That Ends Well and Othello), and Melissa Miller as Jessica (I Never Sang for My Father).

The Merchant of Venice received raves in 2007. When it played at the Royal Shakespeare Company, Michael Billington, The Guardian, gave the production four stars and said “in its visible modernity, Tresnjak presents a money-driven world where wealth can never resolve inbuilt racial and religious tensions.” The London Financial Times called it “A ballsy and brilliant production.” The New York Times said, “a fully integrated vision by director Darko Tresnjak of a modern-day Venice as chilly, sleek and calculating as any Wall Street house.”

For tickets and more information about the production and tour, visit www.tfana.org/merchant.