“★★★★…Astute…playful…with no shortage of compassion…
a haunting exploration of what can happen when morality becomes law…
In an age of outrage, this revelatory Measure for Measure is a cry for hope and reconciliation.”
– Diane Snyder, Time Out New York, Critic’s Pick

“Gorgeous…This Measure for Measure soars just as it should into that uniquely Shakespearean plane where absolutely opposing philosophies are given equally compelling expression.” – Jesse Green, The New York Times

“A taut and illuminating production…Jonathan Cake glides through his role as the Duke with giddy charm while Thomas Jay Ryan’s Angelo smoothly shifts from rigid zealot to man smitten with Isabella…Cara Ricketts’ virtuous Isabella never breaks. It’s a poised and formidable performance.” – Nicole Serratore, The Stage

Godwin sets this urgent play in a modern city becoming increasingly authoritarian. The production engages audiences directly with the play’s clashing arguments. Audience members will enter the theatre through hallways transformed into Mistress Overdone’s brothel; some will visit a café where Mariana sings; and twelve will sit around the stage as a jury.

Please note: Measure for Measure contains sexually explicit content which some may find inappropriate for those under 16 years of age.

For this production, the audience will enter the house via a backstage route within the Polonsky Shakespeare Center. Patrons are encouraged to come early to allow time for this element of the production. Please arrive by 1:30pm for matinee performances and 7:00pm for evening performances.

Please note: Seats in Row AA are positioned apart from the main seating structure and directly in front of the stage. Click here to view the seating charts for this production.

Run Time: Approximately 2 hours and 35 minutes with one intermission

CLICK HERE to read the 360° Viewfinder production guide, with facts and perspectives on MEASURE FOR MEASURE 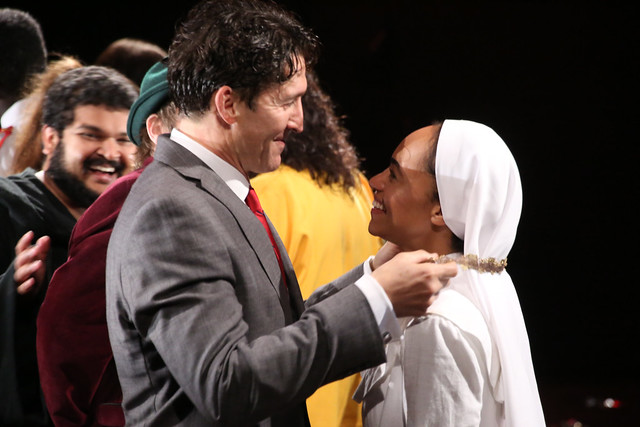 MEASURE FOR MEASURE in rehearsal 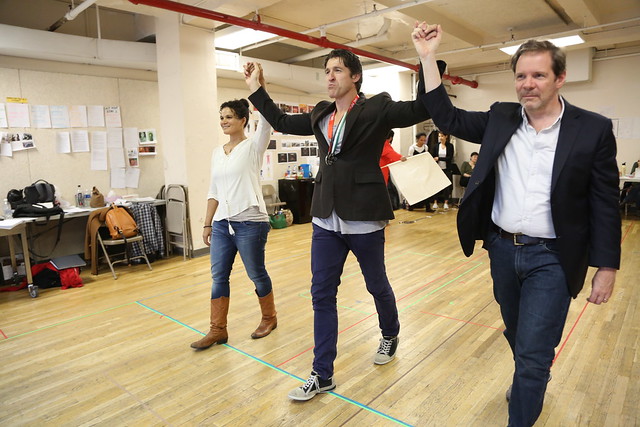 Endowment support for Measure for Measure is provided by The Howard Gilman Foundation Fund for Classic Drama.
This production is supported in part by an award from the National Endowment for the Arts.