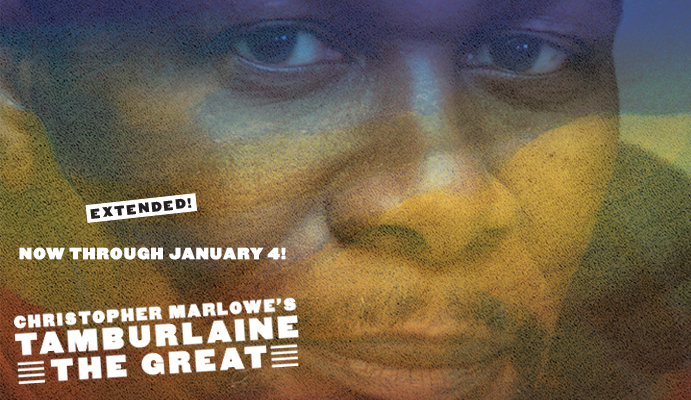 A Scythian shepherd of ferocious will rises to power to become king of half the world. An epic spectacle first performed in 1587 to wildly popular acclaim, the last major New York production of Tamburlaine was in 1956 on Broadway. Now, audiences have a rare chance to see this disturbingly modern masterpiece. Directed by Michael Boyd, four-time Olivier Award winner and former Artistic Director of the Royal Shakespeare Company and starring OBIE and Drama Desk winner John Douglas Thompson, Tamburlaine the Great is a fast-paced 3-hour event plus one 30-minute intermission with food service and pre-ordering available. 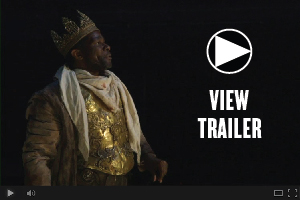 Click here to read the 360° Viewfinder production guide, with facts and perspectives on Tamburlaine the Great.

Tamburlaine the Great by Christopher Marlowe is a thrilling play about conquest.    Though most of its battles happen off stage, there are some gunshots, stage blood and theatrical haze, which some may find inappropriate for those under fourteen.

This production is sponsored by Deloitte.

This production is made possible, in part, by support from The Thompson Family Foundation, Inc., The National Endowment for the Arts, and The Howard Gilman Foundation Fund for Classic Drama.

John Douglas Thompson and Theatre for a New Audience are participants in the Fox Foundation Resident Actor Fellowships, funded by the William & Eva Fox Foundation and administered by Theatre Communications Group.