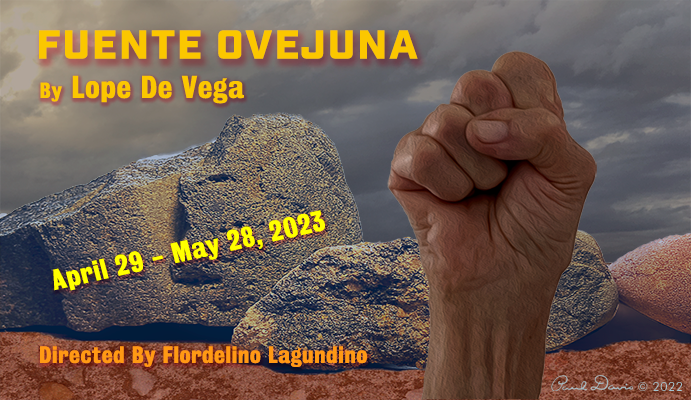 Single tickets for Fuente Ovejuna are not yet on sale.

“Lope de Vega’s tale of the 15th-century revolt of a small village against a tyrannical overlord is a stirring hymn to the passion of fellowship…It’s the love of a community that shines out.”—City Limits (London)

By Lope de Vega
The translator/adapter of Fuente Ovejuna performed in English will be announced shortly.

For the first time, TFANA will produce the work of the Spanish Golden Age author Lope de Vega. His masterpiece, Fuente Ovejuna (1612) is a prophetically modern drama by history’s most prolific dramatist. The play recounts a violent peasant uprising against an aristocratic lord who rapes socially powerless women with impunity and highlights the heroism of one remarkable woman who dares to lead. The heroine Laurencia’s brave stand foreshadows future movements for systemic change and individual rights.

The exciting young director Flordelino Lagundino makes his TFANA debut. The announcement of the translator/adapter of Fuente Ovejuna performed in English will be made shortly.

Endowment support for Fuente Ovejuna is provided by The Howard Gilman Foundation Fund for Classic Drama.