“★★★★ As powerful and real as anything you will see this season.” - Time Out

“By turns hilarious and gut-wrenching, this production needs to be seen.” - TheaterMania 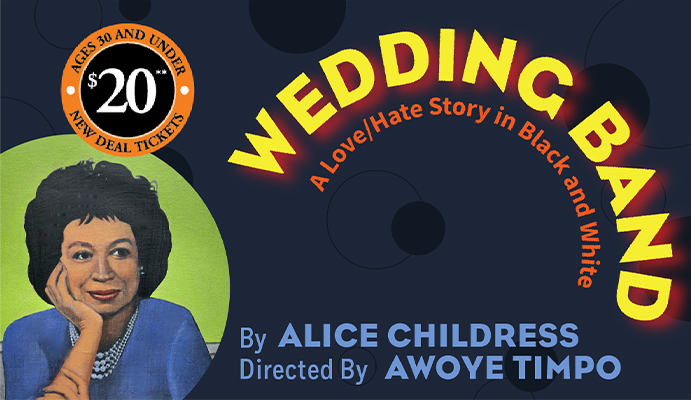 “When this Alice Childress play opened at the Public Theater in 1972, Ruby Dee played one half of its central couple — a Black woman and a white man in 1918 South Carolina, loving each other despite laws and a racist culture that said they couldn’t. The play hasn’t been seen in New York since that production, which Childress directed with Joseph Papp. Now Theatre for a New Audience is bringing it back, directed by Awoye Timpo.” —The New York Times

WEDDING BAND
A Love/Hate Story in Black and White

Set in the deep south at the end of World War I during the flu epidemic, Alice Childress’s seldom-produced masterpiece is one of American drama’s most mercilessly revealing tales of interracial love. A jewel of theatrical concision and detail, the play traces a devoted couple’s caustic confrontations with anti-miscegenation laws, vicious family racism, community disapproval and finally deadly disease and their own long-buried feelings. Wedding Band, written in the heat of the Civil Rights era, speaks with stunning clarity to the public debates of the Black Lives Matter era. Awoye Timpo directs the play’s first New York production since its New York premiere in 1972. 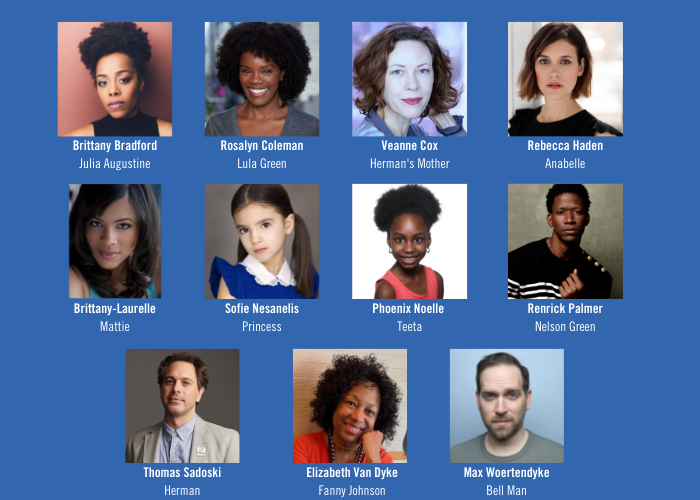 Please click here to view the 360° Viewfinder for Wedding Band.

Deepen your experience of Wedding Band with free post-show conversations with artists and scholars following select 2pm matinee performances. TFANA Talks are free and open to the public and do not require a ticket to that day’s performance.

“Wedding Band” is presented by arrangement with Concord Theatricals on behalf of Samuel French, Inc. www.concordtheatricals.com 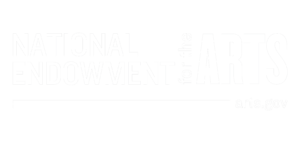 This production of Wedding Band is supported in part by an award from the National Endowment for the Arts.