The Broken Heart Featured in The New York Times

“The Broken Heart,” which begins performances next Saturday in a Theater for a New Audience production at the Duke on 42nd Street, leaves seven characters dead. “ ’Tis Pity She’s a Whore” typically offs eight, though fewer perish in the streamlined production from the British troupe Cheek by Jowl that arrives at the Brooklyn Academy of Music on March 20.

Owing perhaps to the violence of his plots, the density of his poetry and the intensity of the emotions he describes, Ford isn’t often staged in New York. For several centuries he wasn’t staged anywhere. Ford began his career as a poet in the early 1600s, then moved to playmaking, working collaboratively with other writers, like Thomas Dekker and John Webster. In the late 1620s Ford struck out on his own, writing eight plays over a decade and then promptly disappearing from the historical record, just as his plays soon disappeared from theaters. 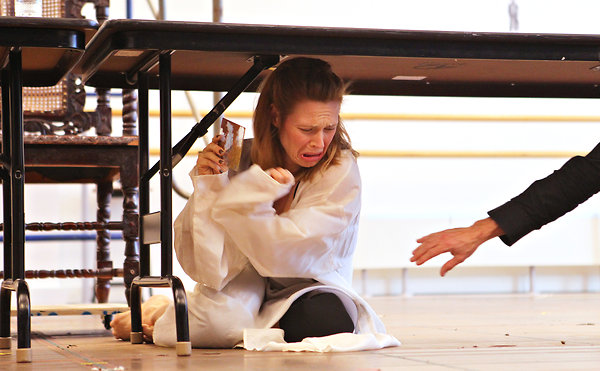