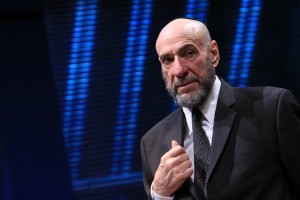 F. Murray Abraham in The Merchant of Venice (2011). Photo by Gerry Goodstein.

Congratulations to F. Murray Abraham on winning an Obie Award for Sustained Excellence of Performance! Mr. Abraham is an important American artist who has played many great roles, including Shylock for our tour of The Merchant of Venice this year and in past years Shylock as well as Barabas in The Jew of Malta.

This season, Mr. Abraham was also nominated for an Elliot Norton Award for his work in The Merchant of Venice during its Boston presentation.

The 56th Annual Village Voice Obie Awards, considered by many to be Off-Broadway’s highest honor, were presented May 16 at Webster Hall in the East Village. For a full list of winners, please click here.