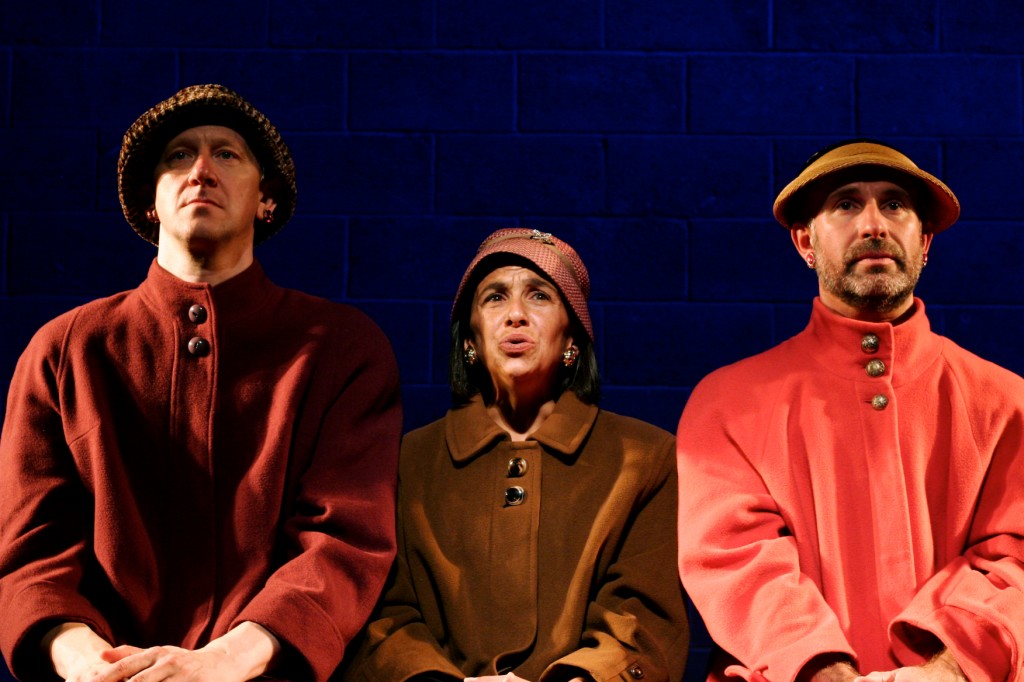 It would seem to follow that a modern playwright who de-emphasizes story or plot-lines in his plays would emphasize character.  With Beckett this is not the case.  Beckett’s characters—in the short plays of Fragments, and in his later works—are not characters in the conventional sense.  In 1988, East German playwright Heiner Mueller, once referred to as “a Beckett of the East,” explained, “Beckett’s texts come out of the experience of a history-less world.  For his characters there was no history and there won’t be any.”  This thought is exemplified by Godot, Beckett’s most celebrated character, who never shows up to relieve the play’s expectant characters.  But whether it’s the invisible presence of Godot or other of his many corporeal characters, Beckett peopled his drama with mythic types, beings whose nature is primordial rather than historical.  In Waiting for Godot, Vladimir sums this up: “But at this place, at this moment of time, all mankind is us, whether we like it or not.”

Theatre of the Absurd

For better or worse, Samuel Beckett has been aligned with absurdism since the Theatre of the Absurd as a category was popularized by Martin Esslin in his influential critical work of the same name. First published in 1962, The Theatre of the Absurd is a study of post-World War II dramatists living in France who wrote anti-logical plays that defied audience expectations. Its main figures are Samuel Beckett, Eugene Ionesco, Jean Genet, and Arthur Adamov. Later, Esslin added Harold Pinter to his first tier of absurdists.