“ESSENTIAL, ILLUMINATING, AND NOT-TO-BE-MISSED! The Designated Mourner makes the definitive case for Wallace Shawn as one of the most complex and uncompromising moralists of the American theater.” – Ben Brantley, The New York Times 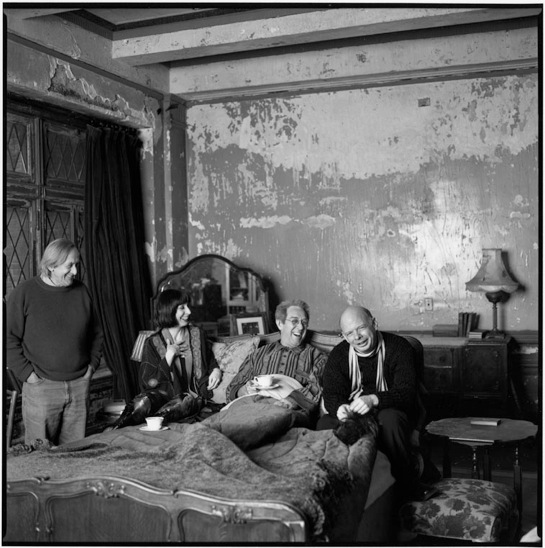 Completed in 1996, this work is a monologue-triptych in which three artist-intellectuals describe their experiences as their once-liberal country sinks into totalitarianism. A famous poet-intellectual, his daughter, and her husband—people made of very different moral fiber despite their shared highbrow background—observe the subtle and flagrant transformations to everyday life, public affairs and personal relationships as their government brutally cracks down on anyone suspected of subversion. This searing and disturbing drama, prescient of much that occurred during the George W. Bush years and afterward, has been called Shawn’s masterpiece. Its New York premiere, which played at an abandoned men’s club in Manhattan’s financial district, was the most coveted ticket of the 2000 theater season. For this first New York revival, the cast of that production—Shawn with Deborah Eisenberg and Larry Pine—returns.

The Designated Mourner first performed at the Royal National Theatre of Great Britain on April 16, 1996 in the Cottesloe Auditorium.

This engagement is co-produced with The Public Theater

Running time: 3 hours with one intermission.

$20 RUSH TICKETS – ON THE DAY OF EACH PERFORMANCE
Special $20 rush tickets are available for every scheduled performance of The Designated Mourner. This replaces the previously announced lottery – no need to wait to see if you’ve won! To purchase rush tickets, visit the Taub Box Office at The Public Theater beginning 2 hours prior to the performance you would like to see. Limit two tickets per person. Cash only, subject to availability.