TFANA Talk – The Skin of Our Teeth

Join us on Thursday, August 27 at 3:00PM (EDT) for a free TFANA Talk revisiting TFANA’s 2017 Obie-Award winning production of Thornton Wilder’s The Skin of Our Teeth. Members of the cast and creative team will revisit Wilder’s masterpiece of human perseverance, and reflect on its newfound resonances in our era of eternally imminent catastrophe.

This event has passed. Click below to watch the full Talk.

Explore more about our 2017 production of Thornton Wilder’s classic play and how it continues to speak directly to our times. Listen to director Arin Arbus discuss The Skin of Our Teeth with Mark Blankenship on the Thornton Wilder podcast, or view production photos and the video trailer from the TFANA production.

César Alvarez (Composer) is a New York-based composer, lyricist, playwright, and performance maker. They create large experimental musicals as non-normative possibility spaces for embodiment, inter-dimensionality, socio-political transformation, kinship and coexistence. With a background as a jazz saxophonist, band leader and sound artist, César’s work inhabits a space between the worlds of theater, music, performance art and social practice. César is a 2018-20 Princeton Arts Fellow and a recipient of The Jonathan Larson Award. César is an Assistant Professor of Sonic Arts at Dartmouth College.

Arin Arbus (Director) For TFANA, Ms. Arbus directed Shakespeare’s Othello, Measure for Measure, Macbeth, The Taming of the Shrew, King Lear, and The Winter’s Tale. She won the Obie Award for her staging of Thornton Wilder’s The Skin of Our Teeth and also staged Ibsen’s A Doll’s House, adapted by Thornton Wilder, and performed in rotating repertory with Strindberg’s The Father, in a new version by David Greig. 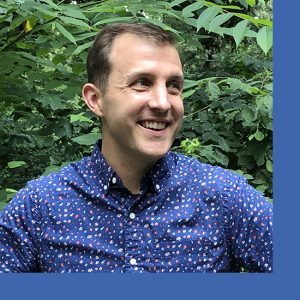 Mark Blankenship (Moderator)is the founder and editor of The Flashpaper, a print-only journal in which theatre artists respond to urgent current events using any genre they choose (TheFlashpaper.com). He is also the host of iHeartRadio Broadway’s podcast The Showtune Countdown and the long-running pop music podcast Mark and Sarah Talk About Songs. He has written for The New York Times, Variety, Fortune, NPR.com, and many others, and he founded TDF Stages. He’s a longtime Wilder aficionado, and during the rehearsal dinner for his wedding, he made a speech that invoked both Our Town and The Skin of Our Teeth. 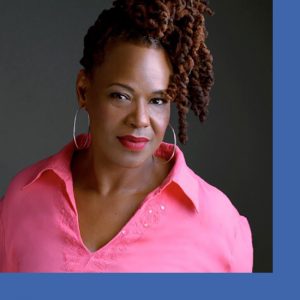 Kecia Lewis (Mrs. Antrobus) is celebrating 36 years in the entertainment industry. She made her Broadway debut at 18 years old in the original company of Dreamgirls, directed by Michael Bennett. Her other Broadway credits include The Gospel at Colonus (with Morgan Freeman), Big River, Ain’t Misbehavin’ (standby for Nell Carter), Once on This Island (OBC), The Drowsy Chaperone (OBC), Chicago, Leap of Faith (OBC), Cinderella (as Marie/Fairy Godmother) and most recently Children of a Lesser God (directed by Kenny Leon). Off Broadway she has starred in the title role of Mother Courage, The Skin of Our Teeth (Obie Award), Dessa Rose at Lincoln Center (Drama Desk award nomination), and Marie and Rosetta (Lortel & Drama League nominations/ Obie Award winner ). Her television credits include Guest Star and recurring roles on Law & Order, Law & Order SVU (recurring), Madam Secretary, Royal Pains, Limitless, Conviction, Unbreakable Kimmy Schmidt, Blue Bloods, SMILF, The Blacklist (recurring), The Passage (recurring), Mad About You (recurring) and the Hulu series, Wu-Tang: An American Saga (recurring). As a vocalist Kecia has performed in Canada, Switzerland, Hong Kong, New Zealand and Russia. 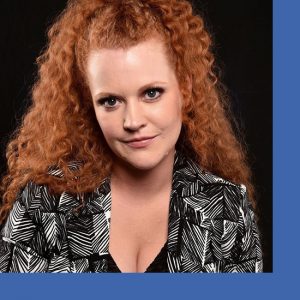 Mary Wiseman (Sabina) is best known for her role as Sylvia Tilly on the CBS show STAR TREK: DISCOVERY.  She appeared  in seasons 2,3, and 4 of Zach Galafianakis’s BASKETS on FX, HBO’s ROOM 104 and starred as Sabina in Theatre for a New Audience’s production of THE SKIN OF OUR TEETH. Mary has also starred opposite Keira Knightley in THERESE RAQUIN on Broadway. She starred in the critically-acclaimed and Obie Award-winning AN OCTOROON, in which her performance is described as “delicious” and “comically inspired.” She has appeared onstage at Williamstown Theater Festival in OFF THE MAIN ROAD opposite Kyra Sedgwick and in the world premiere of ROMANCE NOVELS FOR DUMMIES. Mary trained at The Juilliard School, Group 44.

THIS TFANA TALK ON THORNTON WILDER’S THE SKIN OF OUR TEETH, IS UNDERWRITTEN, IN PART, BY DOUG STEINER.

Header photo credit: Kecia Lewis and the company of THE SKIN OF OUR TEETH. Photo by Henry Grossman.