“Peter Brook has been a gale force in theater for well over half a century.” - Artforum

“The inhabitants of the balcony look delighted as well as startled. And a warmth, as welcome as sunshine in February, spreads through the audience.” - The New York Times

“A radically simple enactment and performance. The Prisoner offers deep moral seriousness. No other theater in town can offer it.” - Time Out New York 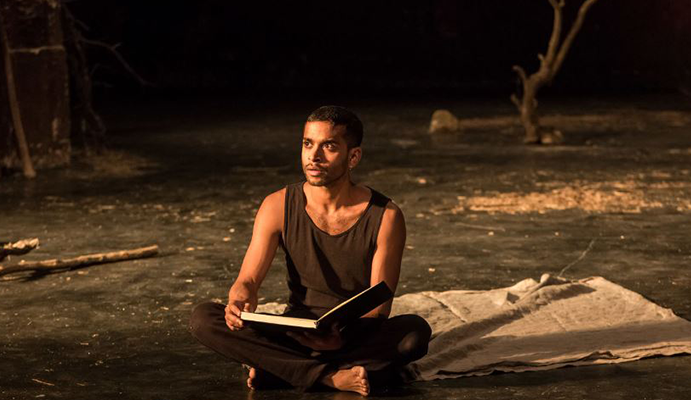 A man sits alone outside a prison. Who is he? What is he doing there? Is he free? Or is he the prisoner?

After performances in London, Edinburgh, Rome, and Paris, TFANA presents the New York premiere of The Prisoner, a provocative examination of law and justice, punishment and redemption. Their previous productions with TFANA include The Grand Inquisitor based on Dostoevsky’s The Brothers Karamazov, Samuel Beckett’s Fragments, and The Valley of the Astonishment.

TFANA TALKS
Join us for free post-show conversations with artists and scholars after the following performances:

Under 30 or a full-time student of any age?
Get $20 tickets with code NEWDEAL, valid for all performances!
Learn more about our New Deal program and join us at our inaugural New Deal Night following the Wednesday, November 28 performance of The Prisoner. RSVP to the free post-show reception here.

Special Thanks: Tarell Alvin McCraney and Alexander Zeldin who participated in developmental workshops of The Prisoner.

The Prisoner is supported by the Amberstone Trust. Pictured above: Hiran Abeysekera in The Prisoner, photo by Simon Annand.