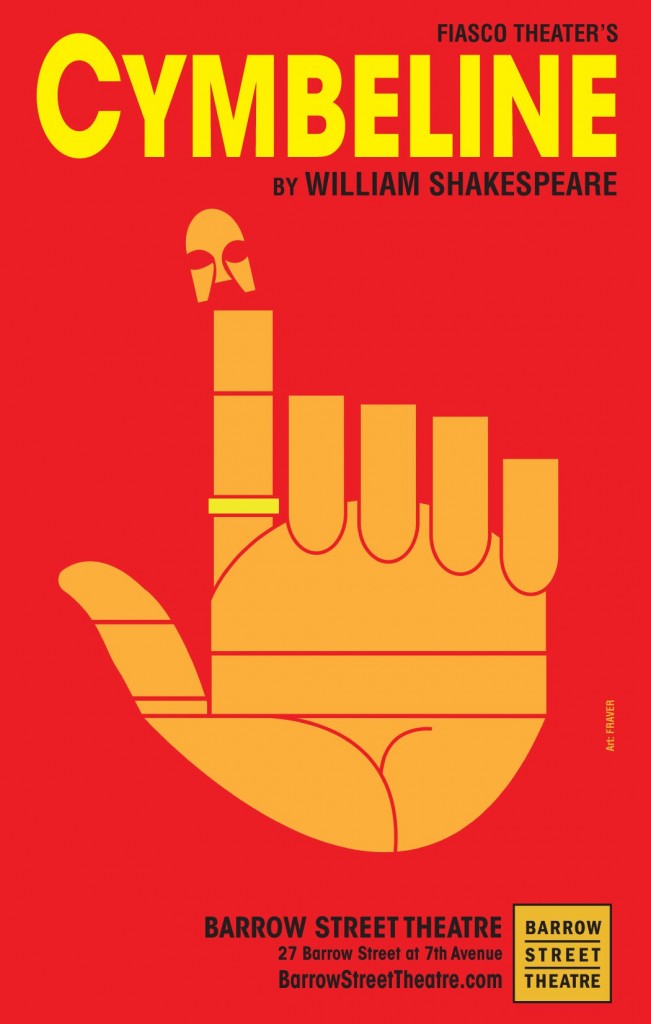 Kicking off Theatre for a New Audience’s 32nd season is the return of Fiasco Theatre’s Cymbeline! Following its sold-out Off-Broadway debut this past January, the Theatre is partnering, for the first time ever, with seasoned Broadway and Off-Broadway commercial producers Scott Morfee, Jean Doumanian and Tom Wirtshafter (Our Town directed by David Cromer) to bring the production to the Barrow Street Theatre.

The discovery of Fiasco Theater’s Cymbeline began two years ago when Jeffrey Horowitz saw the production in a 70-seat loft and invited Fiasco Theater to continue to develop their staging. In January, 2011, Theatre for a New Audience presented the production at the New Victory Theater. In a review in The New York Times, Ben Brantley wrote “the comedy, poignancy and unlikely magic of Cymbeline surface gently and naturally.”

The music created by Fiasco for Cymbeline contains some of Shakespeare’s most haunting lyrics and sets Shakespeare’s words to original compositions and traditional sources. Performed live by the company, the music ranges from Renaissance madrigals to bluegrass and Appalachian folk tunes. Scott Brown described the music as “a billowing quilt of Thomas Tallis, Carter Stanley, and startlingly catchy folk-pop originals.” John Schaefer of WNYC gave the music an hour of his Soundcheck program last winter – listen to an archive of the show by clicking here.

Preview performances begin Saturday, August 27, at 7:30pm, and the production opens Thursday, September 8, at 7:00pm for an 18-week engagement.

Tickets are $75.00 and may be purchased by phone at 212-868-4444; online by visiting www.smarttix.com or in person at the Barrow Street Theatre box office, Barrow Street (on the corner of Seventh Avenue, one block south of Christopher Street). The box office opens at 1:00pm daily.

Stay tuned for more news of our upcoming season!