Praise for our productions in The New York Times 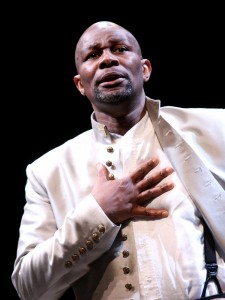 In last weeks ArtsBeat blog by The New York Times, theatre critic Charles Isherwood included Theatre for a New Audience’s productions in a list of performances of Shakespeare he has “most cherished” in the last decade.

John Douglas Thompson’s Othello and F. Murray Abraham’s Shylock in our productions are featured among the favorites. The Theatre’s Artistic Council member Mark Rylance is included for his Hamlet at Shakespeare’s Globe Theatre in London.

The productions listed were from London, New York and Chicago. Two out of the three New York productions mentioned were by Theatre for a New Audience.

We are extremely proud of the notice that these productions have received. To read the article, please click here.